Hello everyone! I hope you’re all well.

Despite being rather late to jump on this topic (13 days late, but who’s counting) I really wanted to chat to you guys about Veganuary.

If you’re unaware, Veganuary is an annual pledge to go vegan for the month of January. Veganism means to eradicate all animal products from your lifestyle (so no consumption of ANY animal products whatsoever, no wearing of leather etc.)

I’ve been vegan for over a year now and it’s something that has grown close to my heart for so many reasons. It’s rising rapidly and significantly in popularity; it’s on almost every billboard you see, vegan options in cafes and restaurants are now abundant and almost everyone has seen Game Changers on Netflix.

If you haven’t pledged to do Veganuary this year, it’s not too late! You can start absolutely anywhere, and it’s certainly not an all or nothing cause. But, why might someone want to go vegan? For me, there’s three reasons:

The main reason for me personally is to stick up for animal rights – traditional farming practices and slaughterhouse conditions really are foul and there is absolutely no ‘humane’ way to kill an animal that has a natural instinct to live.

You vote with your £££ for the kind of world you want to support, and by declining animal products, you are reducing the demand for them and ensuring less innocent animals every year are bred in horrific conditions and killed in abattoirs.

If you want to learn more about the kind of lives farm animals in the UK are unfortunate enough to live, check out the documentary ‘The Land of Hope and Glory’. It’s heartbreaking, but absolutely eye-opening and shocking.

It’s no secret that climate change is very real and the environment is, erm… totally f*cked. Animal agriculture is the #1 cause of this; even more so than all the transport industries put together. That is crazily scary!

Animal agriculture uses up insane amounts of water and grain and omits significant amounts of methane into the atmosphere. As an example; it takes approximately 1000 litres of water to make one beefburger, but takes 167 litres to create the same amount of tofu. (I’m not comparing the two taste-wise here, by the way – I’m aware tofu tastes like sponge.)

In the Amazon rainforest, deforestation is causing devastation to wildlife and nature. What’s the cause of this? Cattle ranching.

As for the oceans, using a plastic straw a few times a week really isn’t the main issue here. Seabeds are raked by fishermen, completely destroying their natural ecosystems, and fish are hauled out of the sea by the thousands; not to mention that used fishing equipment is one of the main causes of plastic pollution in our seas.

Health is certainly not my main concern regarding veganism (hello Greggs vegan sausage rolls) but it’s definitely a huge bonus.

If you’ve watched documentaries such as What The Health and Game Changers, you’ll know that there is a lot of scientific evidence to prove that humans are natural herbivores, and a plant-based diet is sufficient to live a healthy life.

Don’t get me wrong; when you first go vegan or try out new vegan alternatives, it’s important you understand nutrition and the things you might need to substitute from your usuals!

However, the ideas that you ‘need meat for protein’ *yawn* or will become anaemic as a vegan or will suffer a vitamin B12 deficiency are false – a lot of meat-eaters are anameic or have B12 deficiences, but that’s not shouted about, is it?

How Can I Be Vegan on The Cheap?

Veganism is probably the most low-cost diet/lifestyle around if you focus mainly on whole foods. A lot of people say they couldn’t go vegan because they simply can’t afford it, however all the staple foods such as pasta, rice, beans, lentils, chickpeas, oats, fruits, potatoes and vegetables are the cheapest things you can pick up in the supermarket!

How To Ease Into It

Don’t get me wrong, being vegan can be tricky at first, especially if you’re not used to eating vegan foods and have no idea about what’s out there these days. Personally, I first went Pescatarian, then Vegetarian, then Vegan, so I found the transition super easy. Whether you’re going cold turkey or doing the same as I did, there are so many fantastic alternatives in the supermarkets these days, you really wont feel as if you’re missing out on your usual fare. You’ll soon realise you can still eat all your favourite foods veganised. 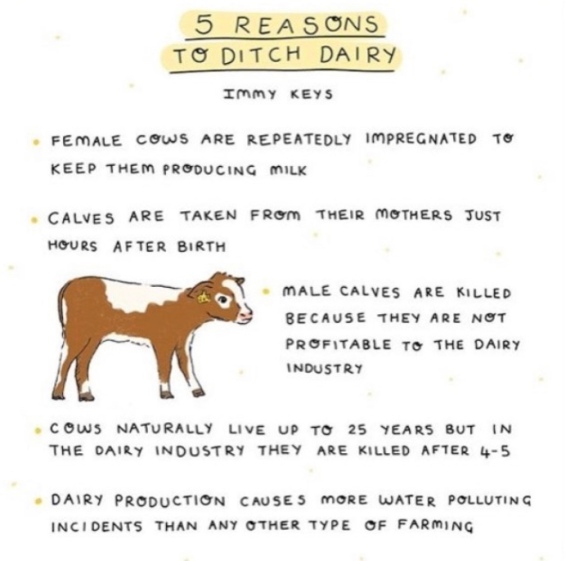 I could go on for hours about all the amazing products you could try, but I don’t want to yack on even more than I already have. If you fancy trying more vegan foods, head to the designated chilled vegetarian/vegan aisles in the supermarket, the Free-From aisles and the frozen section. If you’re not sure where anything is, just ask a member of staff!