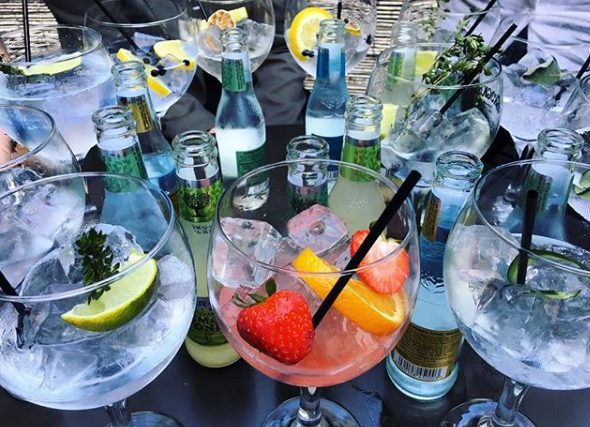 *Disclaimer – I am not making any informed medical advice in this blog post – it’s for entertainment purposes only, so take it with a pinch of salt!

Hey everyone! I hope you’re all doing well.

I had a thought this weekend (whilst I was feeling a bit worse for wear) about, well… hangovers. Those delightful things that appear on a Saturday or Sunday morning, or quite possibly both. Or, if you’re a student, perhaps every day of the week.

Whenever they emerge, they’re not pretty, and certainly nothing to laugh about. I’ve had my fair share of horrendous hangovers before, so I believe I can give some sound advice and tips to get you through this traumatic time.

I’m not talking about the standard hangovers where you find your head’s slightly pounding and you feel queasy. I’m talking ’bout those life-changers, the ones that make you question the general well-being of your body, that make you question the meaning of life, the ones where you convince yourself that you’ll never touch another drop of alcohol for as long as you live. Those beasts are what we’re going to cover today.

It’s worth remembering that, unfortunately, it is unlikely your hangover will surrender until the next day – say, maybe even 2 days after. The measures below I’m going to suggest may ease the suffering by approximately 1%, but, let’s be honest; anything helps when you feel like you’ve just been dug up from your grave. 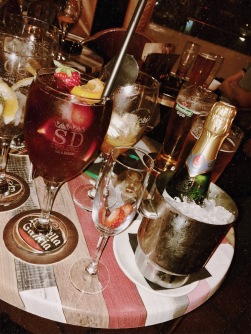 Let’s continue, onto the first three stages of realisation.

THE FIRST 3 STAGES OF A HANGOVER:

STAGE 1 – AWAKENING: You’re going to wake up with the immediate, terrifying realisation that you’re in for a wild (terrible) ride, OR you’re still drunk and the hangover hasn’t quite hit you yet. Don’t panic. Accept the inevitable.

STAGE 2 – RELAX: No matter what you do, it’s undoubtable you’re going to feel rather unwell today to say the least. Chill out, grab a glass of water and check you didn’t text anything embarrassing to anyone last night.

STAGE 3 – DECISIONS: You now need to decide what to do with your day. I’m praying you haven’t got work, or, worse, a family event you need to attend – you seriously need this day to recover without Aunt Beryl telling you you’re looking a bit pale.

Remember, you’re suffering a hangover – you’ve essentially poisoned yourself. Don’t sway to the idea that you actually might have a serious illness, were possibly smacked hard around the head last night or may be dying – this is self inflicted. You will get through this! 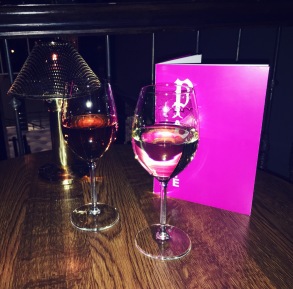 Look, I’ll get this out the way now – you need to face that nothing you do will make you feel as fresh as a daisy again any time soon. Nothing. But, the suggestions below are wholly tried and tested and may just slightly ease the pain. Thank me later!

1 – Carbs really are your best friend now – consume them in disgusting quantities.  Pasta, bread, cereal and rice are the best things to fuel yourself with!

2– If you know you’ve had a heavy night on the sambuca, drink VAST amounts of water before bed – I’m talking pints of the stuff. This really does help to ease the blow, I assure you.

3 – Have a large selection of drinks to get you by the next day (might I add, soft drinks. A hair of the dog won’t get you anywhere.) Funnel juice, water and coffee into your mouth like there’s no tomorrow!

4 – Whatever you do, don’t eat or drink 0 because you don’t feel well enough for it. This will only make you weaker!

5 – Get some fresh air if you can drag yourself outside. Let’s be honest here – staying in your sweaty, stinking bed all day crying into the darkness will do you no favours. Fresh air might just make you feel human again!

6 – Take both ibuprofen and paracetamol together (2 of each) – they work far better together than solo!

7 – Hot baths or showers can be great to ‘sweat out’ some of the alcoholic, err, fumes. And, yano, cleanse your dirty soul. Be careful, though – if you start to feel sick or dizzy, get out immediately. I ain’t being responsible for you passing out!

MY WORST HANGOVERS AND HOW I LIVED THROUGH THEM

Oh God, the bit I’ve been waiting for. As explained, I’ve experienced some pretty horrific morning-afters which I’m willing to share with you to help you out. Yes, I’m doing this for your benefit. Take a read just to gauge how horrendous my situations were, and how I managed to live through and tell the tales.

Okay, so this was probably the turning point for me in the world of unbelievable hangovers. I was a young and naive 17 year old on my first girls holiday, and just, uhh, let loose one night. The next afternoon, I realised that A) I was sweating so profusely I looked as though I’d just jumped in the pool, and B) I was feeling extremely nauseous and the egg salad I’d ordered for lunch suddenly wasn’t very appealing.

I *literally* crawled back to our apartment and laid in bed for hours where the room span and I convinced myself that this really was the end.

I eventually proceeded to ‘nearly throw up’ off the edge of our balcony. I say nearly, because I hadn’t eaten a thing for about 24 hours, and consequently I was violently dry-heaving for England over a poor Spanish family. Lovely.

I ended up missing out on our last night at the festival, which I’m definitely still not salty about now. Instead of drinking 3 euro vodka red-bulls and dancing till the early hours, I spent the night lying in a cold bath and crying to my Mother. Girls gotta do. 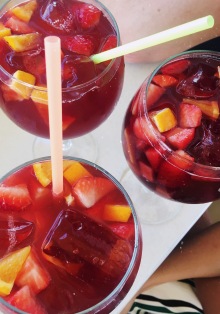 Okay, when you’re holidaying somewhere as classy as Kavos, you’ve got to expect hangovers. On our first morning, we went for breakfast, and due to the 30 degree heat and the fact that the food was taking about 2 hours to cook, I just couldn’t handle it. The smell of, well, the Kavos strip, baked beans and £1.50 fry-ups that morning was far too much for my delicate body. Off I ran, back to the hotel alone.

Let’s make a big cheer for those friends who are essentially a walking first-aid kit. Luckily, one of my mates had anti-sickness tablets, so I dosed up on those bad boys and laid out in the sun, sweating away the Woo-Woo cocktails and re-hydrating with ice cold water.

It’s safe to say that after your 18th birthday, you’re probably going to feel like you’re on deaths door. I had to travel to Barcelona the morning after, as my boyfriend had surprised me with the trip. Don’t get me wrong, I was thrilled, but not so thrilled when I jumped on that plane and the doomed nausea kicked in.

I’m not saying I just felt sick – I literally spent the entire journey with my scarf wrapped around my mouth because I was convinced I was going to explosively vom everywhere. Somehow, praise the Lord, none of the vodka shots from the night before made a comeback, and I managed to hold it all in like a trooper and save my dignity, eyes-a-watering.

I spent our first night in Barcelona lying in bed, quivering with a bin by my side until the morning. A bit of a waste of time, you might say, but there was no way I was moving that night without risking death. 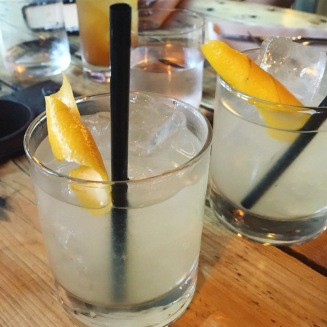 What you must learn about my boyfriend is that once he’s had one drink, he doesn’t really like to stop until he has physically had enough. On our last night in Budapest, we decided with our friends that it would be a great idea to drink until 6am, conveniently ignoring the fact that our flight was at midday. Oh dear.

I’m not solely blaming this experience on him, but if he hadn’t insisted on venturing out at 3am for more vodka, we may not have felt so foul the next day. Our plane journey was spent with him gagging loudly into a bag next to me (not embarrassing one bit) and lots of turbulence. For someone with a fear of sick and flying, you could say that this probably wasn’t my favourite moment in life.

We endured a very quiet, solemn car journey home, clambered into bed the second we walked through the door and later on ordered a pizza. Sometimes, all you gotta do is sleep and scoff.

Let me just advise you all now – NEVER ENDURE A CAR JOURNEY WITH A HANGOVER. Seriously, don’t do it. I don’t care how important the journey is – cancel all plans, abort the mission. This was the Mother of all hangovers.

I was returning to university after Christmas break with my boyfriend, and thought it would be a great idea to go out the night before. Essentially, I mauled a pizza before we set off (which I remember my boyfriend pointing out was raw), and began to feel very, very, very car-sick on the way.

You know when you feel so green you can barely muster the words to speak? Well, this was my sitch. I constantly rolled down the window for air (to which my Boyfriend would laugh, say I was a drama queen and roll them back up.)  Oh dear, I was in serious trouble.

There’s not much else to cover here, apart from that the SPLIT SECOND we pulled into my university car park, I hurled myself (and also the contents of my stomach) out of the door and really elegantly threw up all over the car park. It was also really nice that I did this right next to a family getting into their car next to me. Just ideal.

In all honesty, I don’t really know how I got through this one – it was a low point in my life. I just laid in bed, still as a statue, praying to feel normal again. Sometimes, you need to face that there’s no getting out of this feeling. 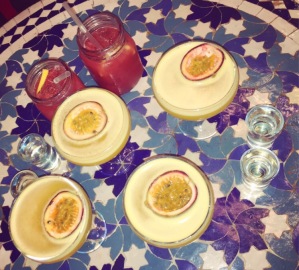 All this talk about hangovers has got me feeling uneasy and slightly less excited for the jägerbomb-filled weekend ahead of me, so I’m going to leave things there.

Remember, what you’re suffering is nothing you or anybody else hasn’t dealt with before. And, if you read the above examples, kindly remind yourself that I actually did live through these disastrous occasions.

They say hangovers get worse with age, and if that’s true, I am seriously concerned for my body. Let’s pray for eachother.

That seems to round up my guide and experiences of hanging out my arse. I genuinely feel queasy after this write-up, so I’m going to make a swift exit and hope that I remember to use my own advice this coming weekend. Over and out! 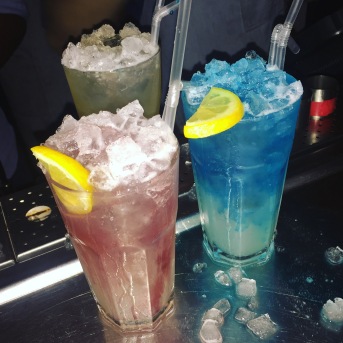 One thought on “The Hangover Guide”